A mainstay in F1 from the late 1960s, the Austrian GP disappeared off the calendar from 2004 before returning in 2014 after being bought by Red Bull and named the Red Bull Ring. The Austrian GP is in the beautiful Styrian mountains and has a truly European vibe, similar to the Belgian GP in both location and atmosphere. Many travelling fans choose to camp at the track and the party atmosphere continues throughout the weekend in a sea of orange. The shortest lap-time of the calendar and having mostly straights, the races since its return at Austria has always provided plenty of highlights. None of the Grandstands apart from Grandstand Start-Ziel are covered, all have comfortable seating and giant screens to keep track of the race action.

While each of our Austrian Grand Prix Packages comes with a pre-defined grandstand ticket, we’ve created this Austrian F1 Track guide to help you choose an alternative. The Red Bull Grandstand is the largest Grandstand on the track, comprised of 15 sections which span from the exit of Turn 1 right through to the uphill climb into turn three. Here you will have a downhill view of the cars coming out of the first corner – a corner that has a large amount of run off which allows the drivers to be braver on corner entry and exit. The views at the Red Bull Grandstand are fantastic no matter which position you are, watching the cars fly up the hill and activate their DRS at full throttle. Thanks to the undulating nature of the circuit, seats in this grandstand also allow you to see the cars go through Turns 6 and 7. You are also close to the F1 Fanzone, where there is plenty of fun to be had throughout the weekend.

Further along from T3 on the short-downhill straight is the Schonberg Grandstand. Here you will see plenty of side-by-side action as the cars exit Turn 4 and activate their DRS. Overtakes into Turn 4 not fully complete often continue all the way down this straight, and you will also have a view of the infield section of the track prior to the last few corners. Seeing an F1 car at full speed is guaranteed from the Schonberg Grandstand.

One of the newer grandstands at the red Bull Ring is the T3 Grandstand, which due to the large run off that sits at this corner is set further back than other options here. Don’t let this deter you though, as the raised setup of T3 gives you an amazing panoramic view of the circuit and is one of the prime overtaking points. You will have a view of the cars climbing up the hill into the tight right hander, where over the years has been plenty of action – sometimes even teammates – think McLaren teammates Coulthard and Hakkinen colliding in 1999, and Mercedes drivers Rosberg and Hamilton coming together in 2016 while battling for the lead.

New for 2022 to deal with the rising demand for ticket sales, T8 Grandstand sits on the infield section of the track. While not a traditional overtaking spot, the T8 Grandstand on Saturday for qualifying in particular will give you great views of Formula One drivers at their committed best, as this is one of the fastest sections of track before the final corner.

The T9-10 Grandstands are perched at the start of the final corner of the Red Bull Ring and will provide you with two unique viewing opportunities. The T9 Grandstand is situated at corner entry, while T10 is further along and will give you a better viewing option of the start/finish straight. Whether it is seeing a car at full commitment through the last corner onto the main straight or views of pit entry, on-track action is guaranteed. From the T9-10 Grandstands you will also have excellent views of the main straight, watching from the rear of the cars as they exit the final corner and blast up the hill into turn 1.

If you are seeking pit lane action or the start/finish straight atmosphere, this grandstand is the one for you. The only covered grandstand on the circuit, you will have protection from the hot sun as well as the inclement weather that can hit this part of the world. Photo opportunities here are endless, and the media centre at the top of the stand is shaped like the rear wing of an F1 car. Here you can soak in all the pre-race atmosphere, and local Austrian food options are always close by in this section of track. Encapsulating the majority of the start/finish straight allows you to look to your right and see the final corner, look straight in front and see the pits and look to your left to see the uphill climb into Turn 1.

Like the T3 Grandstand, Steiermark feels set quite a distance from the track on first look due to the large run-off at Turn 1. Don’t let this deter you however, as Steiermark’s views more than make up for this. Here you will have a front-on view of the climb into Turn 1, where overtakes and lap one incidents are never far away. The Steiermark Grandstand also gives you the best viewing option of pit-exit, as cars come out of the pitlane right on the exit of the first corner. Steiermark is just a short walk from one of the main entrances of the track, and around 10 minutes to the F1 Fanzone. Here you will also have a dedicated catering area, with many local delicacies to try out. 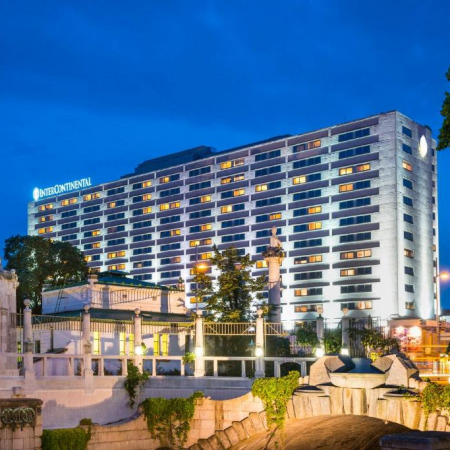 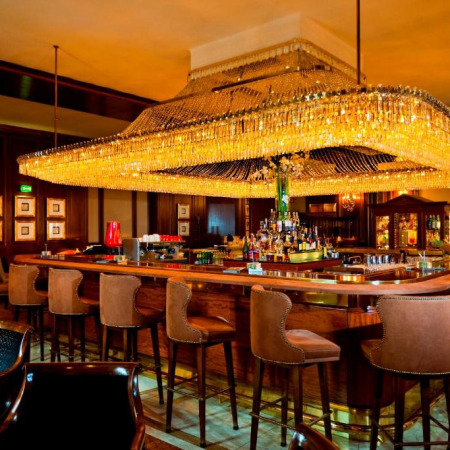