Since being the first Grand Prix in the Middle East in 2004, the Bahrain GP has been a popular and easily accessible track for fans and teams alike. A track that has plenty of overtaking opportunities, Bahrain now hosts both pre-season testing and the opening race of the season under lights. With teams and drivers still finding their way with new cars, surprise results are always on the cards in the opening race, and Bahrain has witnessed some fantastic on-track battles, such as Hamilton vs Rosberg in 2014 and Verstappen vs Leclerc in 2022. The unique 2020 F1 season also hosted two races at the Bahrain circuit, the second on the outer layout, which saw Sergio Perez take a memorable first win for Racing Point.

All grandstands at the Bahrain circuit are fully covered and have giant screens to keep track of the race.

While each of our Bahrain Grand Prix Packages comes with a pre-defined grandstand ticket, we’ve created this Bahrain F1 Track guide to help you choose an alternative. The Main Grandstand is a great option to see the starting grid and pit exit. It is the largest grandstand at the track, and you will feel as close to the action as anywhere else on the circuit here. Sitting in a prime position on the long straight, here you will see the cars at their fastest point, hitting speeds of 320km/h and above as the drivers activate their DRS. Post-race these seats are the best option for a front row seat of the podium celebrations.

Behind the Main Grandstand is where you will find the biggest selection of food and drink options – a must in the desert heat of Sakhir.

Further down the start/finish straight than the Main Grandstand sits the Turn 1 Grandstand. Little introduction is needed – the name of this stand gives away the views offered. Here you will witness some of the best overtaking opportunities on the track as well as pit exit. The pit exit in Bahrain is a tricky one, with cars coming out right in the middle of the braking zone, which can provide some breathtaking on-track moments.

Here you will see cars exit Turn 1 and flick through Turns 2 and 3 – often in close vicinity to each other. Turn 1 Grandstand is just a short walk to the plentiful refreshment options near the main grandstand.

The triple University Grandstand is located on the second DRS zone at the circuit, just before the overtaking-friendly turn 4. Thanks to the wide nature of the track, you will see F1 cars run close both in overtaking attempts and staunch defending. Action is almost certain in the opening laps, when the cars are the closest and tyres coldest.

As well as Turn 4, you will also be able to view the opening corner of the track, which also allows for plenty of on-track action as cars exit the pit-lane into the heavy braking zone. Should you wish for a larger variety of refreshment options, it is around a 15-minute walk to the main food and drink area on the main straight, however you will still find options just behind the University Grandstands.

As well as this, the Victory Grandstand also allows you to see two of the most impressive abilities of a F1 car and driver combination – their fastest on a straight, and their impressive braking ability into a corner. It is just a short walk from the Victory Grandstand to the main precinct of the track, where you will find more than enough food and drink options, and the F1 Fanzone.

Sitting on the inside straight and just behind the pit building, the Batelco grandstand provides excellent views of the inside of the track. This section of seating has the third DRS zone on the track as the cars exit a tight downhill left-hand corner into the back straight.

Batelco grandstand also offers fantastic views of Turns 7 through 10 and almost all the views at this grandstand have unhindered views which allows for many photo opportunities. You will be able to see over half of the track from this spot – allowing you to take in all the highlights of this exciting circuit. 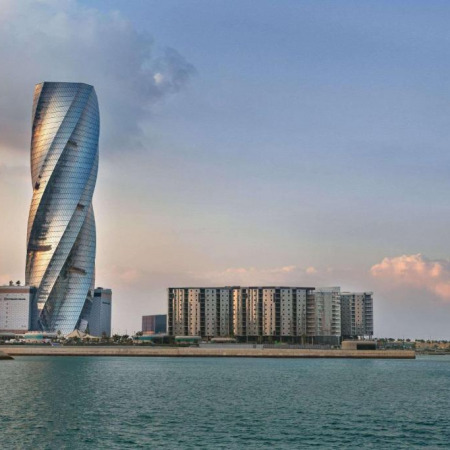