Sitting on the Marina Bay of Singapore, the Singapore Grand Prix has been a mainstay of the F1 calendar since its inception in 2008. The Singapore Grand Prix has become an instant icon, making many headlines in its 13-race history – none less than being the inaugural Formula One race at night. Due to the climate, this track is a true test of a driver’s skill and concentration, with cockpit temperatures climbing to as high as 60ºC – despite the race being at night. The track itself is set for some changes for the 2023 race which will reduce the overall lap time by around 20 seconds. This also means that there will be one fewer grandstand available in 2023, with the Bay Grandstand unavailable for use. No grandstands at the Marina Bay circuit are covered, so bring a poncho – but you will have giant screens viewable from every seated position on the track.

While each of our Singapore Grand Prix Packages comes with a pre-defined grandstand ticket, we’ve created this Singapore F1 Track guide to help you choose an alternative. The Pit Grandstand at Singapore is one of the longer and more extravagant grandstands on the F1 calendar. Being a long grandstand, the pit grandstand has a full view of the start/finish straight. Encapsulating a DRS zone, you are guaranteed to see action, and with the short run to turn 1 there is always the chance of a start line incident such as Raikkonen, Vettel and Verstappen’s in 2018. You will be able to soak in the atmosphere building up pre-race, as well as the podium celebrations.

At the end of the longest straight on the track is the Stamford Grandstand. Here you will have a high chance of seeing plenty of overtakes throughout the race – not only is the Turn 7 section of the track at the end of a long DRS zone, but there is also a large run off at the 90-degree corner which allows the drivers more options to try an overtake. You will have plenty of photo and video opportunities in the Stamford Grandstand.

Grandstand: PADANG A & B

On the short straight between turns 9 and 10 are the Padang A & B grandstands. Here you will see cars accelerating through this section in order to get the best entry into the Turn 10 chicane. The Padang Grandstands are a unique section of the circuit, sat between the main concert stage means the atmosphere is electric all weekend long. You will find many food and drink options conveniently located around the Padang Grandstands.

The final grandstand before the main straight – the Connaught Grandstand – is another option to see wheel-to-wheel action and incidents. You will be sitting on the inside of Turn 14 which is a tight right-hander at the end of another DRS Zone. There has been plenty of action at this section of track over the years. Photo opportunities abound, here you will have a great chance to see the iconic sparks of an F1 car under the lights as they fly down the back straight. Food, drinks, amenities and souvenirs sit right behind the Connaught Grandstand for your convenience.

While the Empress (or Orange @ Empress) Grandstand is the smallest one in Singapore, it well and truly makes up for it with how close to the track you will feel. The Empress Grandstand is sat between the Turn 11 and 12 section and is located right in front of the picturesque Victoria Theatre. Here you will see F1 cars at the peak of their braking ability, as they cross the iconic Anderson Bridge.

A sight to behold, the Bay Grandstand is one of the largest grandstands on the entire Formula One calendar with 27,000 seats. The Bay Grandstand has a fantastic view of Marina Bay and is hugely popular with spectators. Located just before the final set of corners of the lap, here you will see the cars shoot down a short straight and drive directly under the grandstand. The corner itself under the grandstand is a tight left hander with walls on either side, always a tricky proposition for the drivers to navigate. 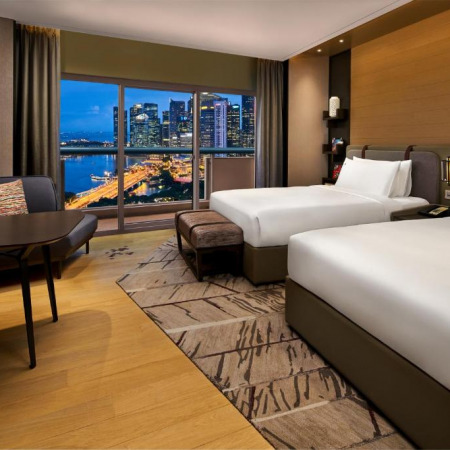 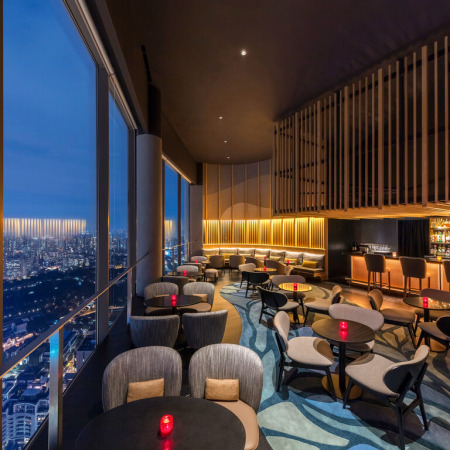